Tom Ford: From Gucci’s Golden Era to the CFDA 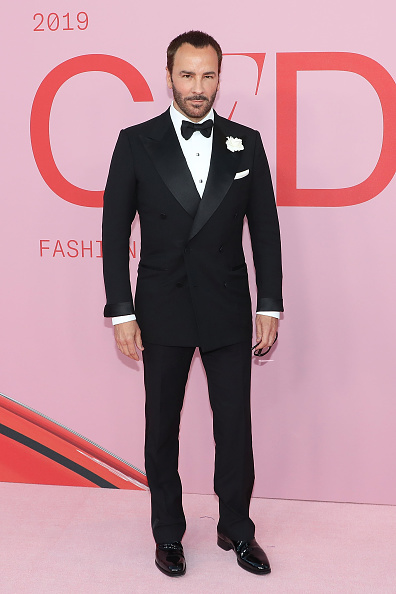 “Tom Ford: From Gucci’s Golden Era to the CFDA”

Tom Ford, fashion’s favorite sex symbol. Iconic in so many ways, it seems whatever Mr. Ford touches succeeds. He’s a celebrated fashion designer, but also an award-winning filmmaker and Golden Globe nominee (Nocturnal Animals, 2016). The stylish fervor for all things Ford encompasses everything from his most decadent fragrances to the high octane accessories of his Gucci days. Hello, horsebit canvas bags.

His next role: giving American fashion a serious boost. Diane von Furstenberg officially handed the torch to Tom, leaving the Council of Fashion Designers of America (CFDA) after a 13-year run. To emphasize the point, she literally handed the designer a torch at the star-studded CFDA Fashion Awards.

You may have noticed top American designers skipping NYFW to show in places including Paris. The Big Apple’s fashion week has faced a downward trend over the years- and Tom aims to bring it back. The CFDA exists to strengthen the American fashion industry – both stateside and around the world. Their committee and boards include designers you know and love including Marc Jacobs, Ashley Olsen, Ralph Lauren and Vera Wang. Tom Ford is on a mission to remind the world why American fashion is so amazing, wooing top editors, retailers, and influencers in the process.

“I have had the privilege of being a member of the American Fashion community for many years and have experienced what the CFDA does for its members and the industry as a whole. Having lived and worked in each of the global fashion capitals of the world, I look forward to working with the Board of Directors to further the voice of American Fashion and its designers.” – Tom Ford

The Myth of Exotic Skins and Resale

"The Myth of Exotic Skins and Resale" If our passion for designer labels has taught us anything, it’s that the world of luxury is full of paradox. Take this one, for example: just because you pay high retail for a new bag doesn’t mean it will have a great resale value. This is particularly true…

"Kim Jones: Dior X KAWS" Dior’s newly appointed Menswear Artistic Director, Kim Jones, is a visionary when it comes to revitalizing brands. At his previous role as the Menswear Artistic Director at Louis Vuitton, Jones was the visionary behind the insanely successful collaboration with Supreme and brought streetwear to the brand. At Dior, Jones has…