Take pride in these LGBTQIA+ names in fashion 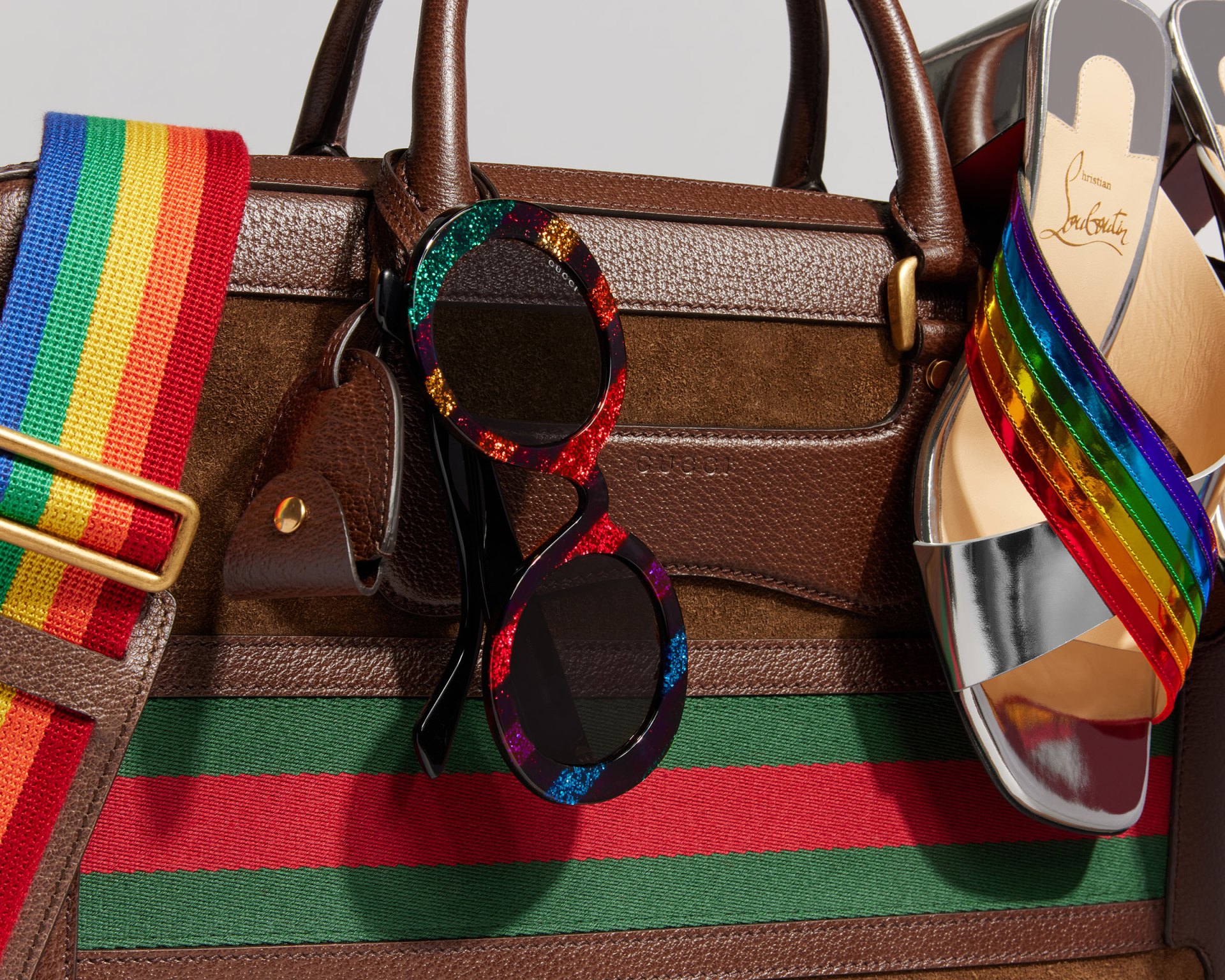 At FASHIONPHILE we take pride in everything we do and the people around us who make it all happen, including big names in fashion we’ll never forget, like Karl Lagerfeld, Yves Saint Laurent, Alexander McQueen, and Gianni Versace. These notable names, and more, are a few of the figures behind some of the most popular designs we proudly buy and sell every day. Without their artistry and pioneering presence in the fashion industry, it would be nearly impossible to do what we do.

And with that being said, it’s worth diving deeper into LGBTQIA+ fashion names and their backstories. These are just a few of the endless names of designers who inspire us. Their bold career moves and design choices act as reminders for us all to be unapologetically ourselves.

As a teenager, Marc Jacbos attended Parsons School of Design. In 1987 he earned the CFDA award for New Fashion Talent (and was the youngest at the time to earn such an award), thus officially putting his name on the map. Shortly thereafter, he began his career with Perry Ellis. Then in 1994 he produced his first menswear collection under his name, and just a few short years later Jacobs was appointed creative director for Louis Vuitton in 1997. His most famous and notable collaborations with Stephen Sprouse and Takashi Murakami are some of the many that continue to be our best-sellers still to this day.

In 2001, Marc Jacobs introduced his diffusion line called Marc by Marc Jacobs. Throughout his career, Jacobs has and continues to pursue many other avenues of success, such as fragrance collaborations and beauty collections. He also has been an influential voice in advocating for legalization of same-sex marriage.

From a young age, Tom Ford admired design, particularly interior design. To no surprise, he graduated from Parsons School of Design with a degree in architecture. But Ford’s admiration for fashion really peaked during his internship with Chloe. In the late 80s, Ford worked with Marc Jacobs for a brief time at Perry Ellis, then made the leap to Milan in pursuit of a more serious career in fashion. Shortly, he became head designer of women’s ready-to-wear at Gucci, then promoted to Creative Director for both Gucci and Yves Saint Laurent, bringing to life notable styles such as the monogram jeweled dragon flap, bamboo chain bag, the horsebit web clutch, and the Saharienne shoulder bag.

After leaving, he started his own line under his name, which today includes both menswear, womenswear, accessories, and fragrances. Some of his eye-catching designs include the Alix Padlock Zip Shoulder bag that cannot be mistaken for anything else other than Tom Ford. Outside of fashion, Ford also pursues projects in filmmaking, and continues to be an advocate for gender fluidity. He has always been a firm believer in breaking down gender stereotypes.

All respects to Guccio Gucci – the man, the myth, the legend. But today, it all points to Alessandro Michele, the imaginary, unapologetic, maximalist who has been the house’s Creative Director since 2015. The Italian designer’s strong foundation with Gucci started with a promotion in 2002 as a leather goods designer granted by Tom Ford himself. Michele very quickly climbed the ranks and became associate creative director in 2011. His promising talent was ultimately put to the test in 2015 when he was appointed interim creative director and assigned the task to revamp the designs for the house’s menswear show – all in just a week, might I add. But to no surprise, he nailed it and the position was granted to him officially by Kering Group.

Michele’s taste has inspired a rebirth for the brand, bringing back renaissance elements with feminine flair. He created iconic accessories such as the Monogram Dionysus handbag, and breathed new life into Gucci with reinventions of classic emblems such as the double G logo, and the introduction to an eco-friendly collection known as, Off the Grid. If you love the story of Gucci, just wait until House of Gucci gets released later this year!

At the end of the day, it doesn’t get more haute couture than Valentino. Valentino Garavani always embraced an elegant, glamorous, and dreamy approach to his designs from a very early age. In the early 60s, he set up shop in Rome and became known for his iconic red dresses. It didn’t take long for global personalities to inquire about Valentino and his designs, like Jackie Kennedy, which also put Valentino on the map in the United States.

Today the name continues to be one of the top names in the industry. With beautifully distinctive designs across all categories, like their famous rockstuds featured throughout many of their handbags and shoes. That’s all thanks to the genius collaboration with Pier Paolo Piccioli, Valentino’s current Creative Director, who has been working for Valentino for over twenty years.

The many who identify with the LGBTQIA+ community are sharing their stories loud and proud, teaching and inspiring the world for a more compassionate and inclusive tomorrow. From influencers like Corey Rae, to the works of artists like Andy Warhol, and actors like Elliot Paige and Laverne Cox, everyone deserves the right and the freedom to embrace their identities. At FASHIONPHILE, we stand with you.

Styles We Love In Every Color

[vc_row][vc_column][vc_column_text] We take pride in flaunting all the colors of the rainbow.   And as far as luxury is concerned, buying the same bag in a new color (or you know, in every color) is a matter of efficiency and of knowing oneself. It’s quite admirable to spot individuals who know a good thing or…