The Best of Alessandro Michele for Gucci 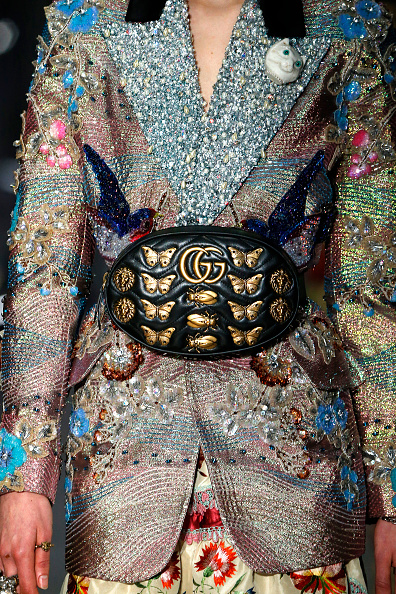 Jessica Dee
Bag-obsessed on a budget

“The Best of Alessandro Michele for Gucci”

It’s not often that a contemporary designer at the helm of a storied fashion house becomes a household name themselves. (Quick, name the current creative director at Chloé!) Alessandro Michele, Gucci’s eclectic creative director, is that rare exception. Since taking over design in 2015, Michele has elevated Gucci from classic to cult favorite; and his pieces for the Italian label are just as likely to be worn on the red carpet as they are on the streets of NYC.

Michele seemed like an odd choice when he started his new role at Gucci–no one in the industry had really heard his name before–but he’d actually been working for the fashion house for over 10 years! He joined the label in 2002 when Tom Ford was in control, and gradually worked his way up. Michele was promoted to Leather Goods Design Director in 2006, to Associate to former Creative Director Frida Giannini in 2011, and Creative Director of Richard Ginori (a company owned by Gucci) in 2014. So, basically, he lived and breathed Gucci.

His first collection as Creative Director, the Fall 2015 menswear collection, was a hit (to put it mildly), and every collection since has further cemented Michele’s status as a true icon. People really love his stuff: Michele’s Fall 2015 womenswear collection led to a first-quarter revenue increase of 51 percent–the highest Gucci had seen in two decades. Like we said: Iconic.

That sales increase wasn’t just from the usual Gucci customers, either. Yes, Michele’s creations are eclectic, wild, vintage-inspired, and subversive–but above all, they’re accessible. His logo t-shirts and fur-lined loafers have pretty much made Gucci the official sponsor of errand runs and casual Fridays.

That’s just the way Michele wants it, too. He says, “When Gucci started, it was another age. If you bought a Gucci bag, you belonged to the jet set. The jet set doesn’t exist any more. I’m trying to speak to the world, to everyone.”

The best part of this surge of Gucci sales? Way more Gucci for way less money on FASHIONPHILE! Here are the absolute best pieces Alessandro Michele has created on behalf of Gucci.

Gucci’s Princetown Loafer–you know, the classic shape with the horsebit hardware–has been around since 1953. Alessandro Michele put his own spin on the look by lining it with fur, and the rest is history.

The Return of Grandma Chic

If there’s one thing Michele loves, it’s snakes. And bugs. And dragons.

"Why Every Watch Lover Needs Chanel’s J12 In Their Collection" Prompted to name the iconic luxury watches that deserve a spot in every enthusiast’s collection, you’d probably rattle off a few well-known industry brands: Rolex, Cartier, maybe Tag Heuer… but would you mention Chanel? The fashion house known for the 2.55 bag and the No.…