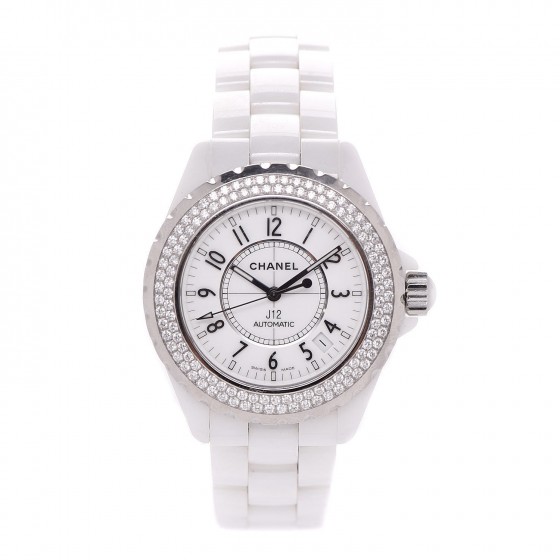 “Why Every Watch Lover Needs Chanel’s J12 In Their Collection”

Prompted to name the iconic luxury watches that deserve a spot in every enthusiast’s collection, you’d probably rattle off a few well-known industry brands: Rolex, Cartier, maybe Tag Heuer… but would you mention Chanel? The fashion house known for the 2.55 bag and the No. 5 perfume has another (oddly, numerically-named) design that holds its own against the Oysters and the Tonneaus of the world: The J12. As iconic as the quilted tote and the tweed skirt suit, Chanel’s J12 has, in just 18 years, already made an indelible mark on the watchmaking industry. The impact, as with practically all Chanel designs, comes down to two things: style and execution.

Chanel’s late artistic director Jacques Helleu designed the watch, released in 2000, with the intent of honoring the house’s founder, Gabrielle Coco Chanel, in a way that was both timeless and modern. Coco has been quoted as saying, “Black has everything. So has white. They have absolute beauty. They are a perfect match” — and so naturally, the J12 was developed in both black (for its first release) and white (three years later).

When the J12 watch launched, it was referred to as “a phenomenon” and “an icon of watchmaking.” Why? Because it was one of the world’s first ceramic watches. The material is notoriously hard to work with, but Helleu was insistent on it for a few reasons: ceramic is scratch-proof, hypoallergenic, it adapts to the temperature of the wearer’s skin, and is six times stronger than steel. (And on top of all of that innovation, it’s just really, really beautiful, right?) These days, the J12 can be found in the classic black ceramic and white ceramic; but there are other iterations as well, with rose gold trim diamond accents. You can shop FASHIONPHILE’s entire J12 stock here.

Chanel recently invested in the independent watchmakers F.P. Journe, known for hand-making incredibly luxurious, small batch (only 900 are sold each year) watches — with internal movement components made of 18k gold, and prices anywhere from $20,000 to $800,000. In a statement, Chanel said the investment was made as “part of the desire to preserve and develop expertise and to support independent watchmakers who share the same values of creation and excellence as Chanel.”

Clearly, there are big things to come from Chanel’s watchmaking vertical — we can’t wait to see what iconic designs they come up with next.

"Meet MCM and Shop the Brand’s Best Bags" I remember the first time I laid eyes on an MCM bag: I was working part-time at a luxury consignment shop in Boston, MA as a college student, and walked into work one morning to see a new-to-the-store oversize envelope clutch sitting on the display shelf. It was…

The Best of Alessandro Michele for Gucci