The Luxury Brands Growing as Fast as Amazon 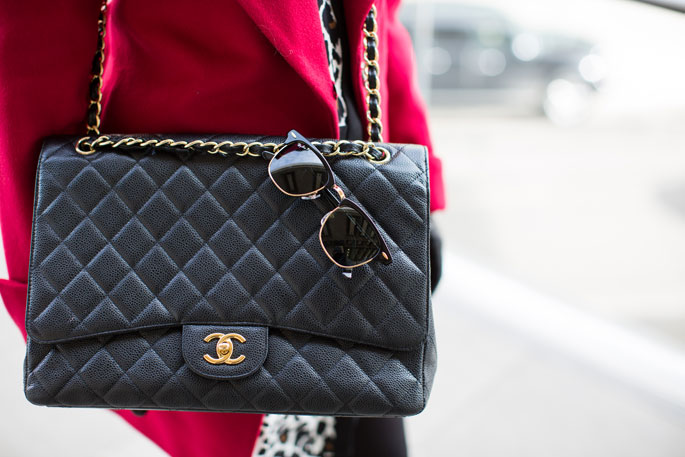 “The Luxury Brands Growing as Fast as Amazon and Netflix (AKA, Where to Invest Your Money)”

Interbrand recently released their yearly list of the hundred most valuable brands in the world, and it’s worth a look. Sure, at first it might not sound necessary to scroll through a list of Amazon and Apple and Netflix rankings — but once you hit number 18, you’ll realize why this is an important resource for luxury lovers and resale shoppers. In 2018, Louis Vuitton slid in at number 18 on the list of the biggest money-making brands (right under Microsoft and Coca-Cola, no big deal); with Chanel coming in at 23 and Gucci coming in at 39 (up from last year’s 51st place). In fact, the luxury houses that made Interbrand’s 2018 list cumulatively grew 42% in the last year alone.

So what does that mean for you? Investment opportunities, of course.

As labels like Louis Vuitton and Gucci become more valuable, it’s not just the actual brands that profit — resalers profit, too. The two-year-old Neverfull sitting in the back of your closet has a higher resale value now than ever before, and if you decide to buy yourself a brand-new Chanel bag, you can rest easy knowing that you can always sell it through FASHIONPHILE.

With Off-White’s Virgil Abloh now at the helm of Louis Vuitton, it’s likely that LV will continue to increase in value, at least in the millenial and Gen Z markets, for a while. The same can be said of Gucci under Alessandro Michele’s creative direction. Other highlights from Interbrand’s list include Dior — which has risen from 95 to 91, thanks to designer Maria Grazia Chiuri’s vision — and Hermes at number 32. A Birkin is always a good investment, right?

Not all luxury brands are growing, though. Burberry’s ranking took a dip from 86 to 94, and experts suggest this may be due to the wasteful practices of the luxury house (it was discovered that Burberry burned millions of dollars in unsold goods this year, rather than sell them at a discount). But with Riccardo Tisci as the new head designer, and a pledge to stop burning goods and selling fur, that could all change by next year.

The moral of the story? Louis Vuitton, Chanel, Gucci, Hermes, and Dior are great luxury investments right now — both to buy and to sell through re-commerce platforms like FASHIONPHILE. (And maybe hold onto your Burberry for another year, until Tisci can turn the brand around.)

“Goyard, very exclusive.” What does “luxury” mean to you? For some, it means lots of logos. For others, it means instant recognition. 200-year-old Parisian label Goyard believes true luxury is synonymous with discretion and exclusivity – and with customers as iconic as Coco Chanel and Meghan Markle, we really can’t argue with them!   Goyard…

"Get Your Dior Saddle Now — Before Prices Go Up" With the rise of reissued archival pieces and the crashing wave of logomania flooding the fashion industry, it was rumored that Dior’s creative director, Maria Grazia Chiuri, would eventually re-release the house’s much-loved Saddle Bag. Well, it’s official: the Dior Saddle is back.   Even…