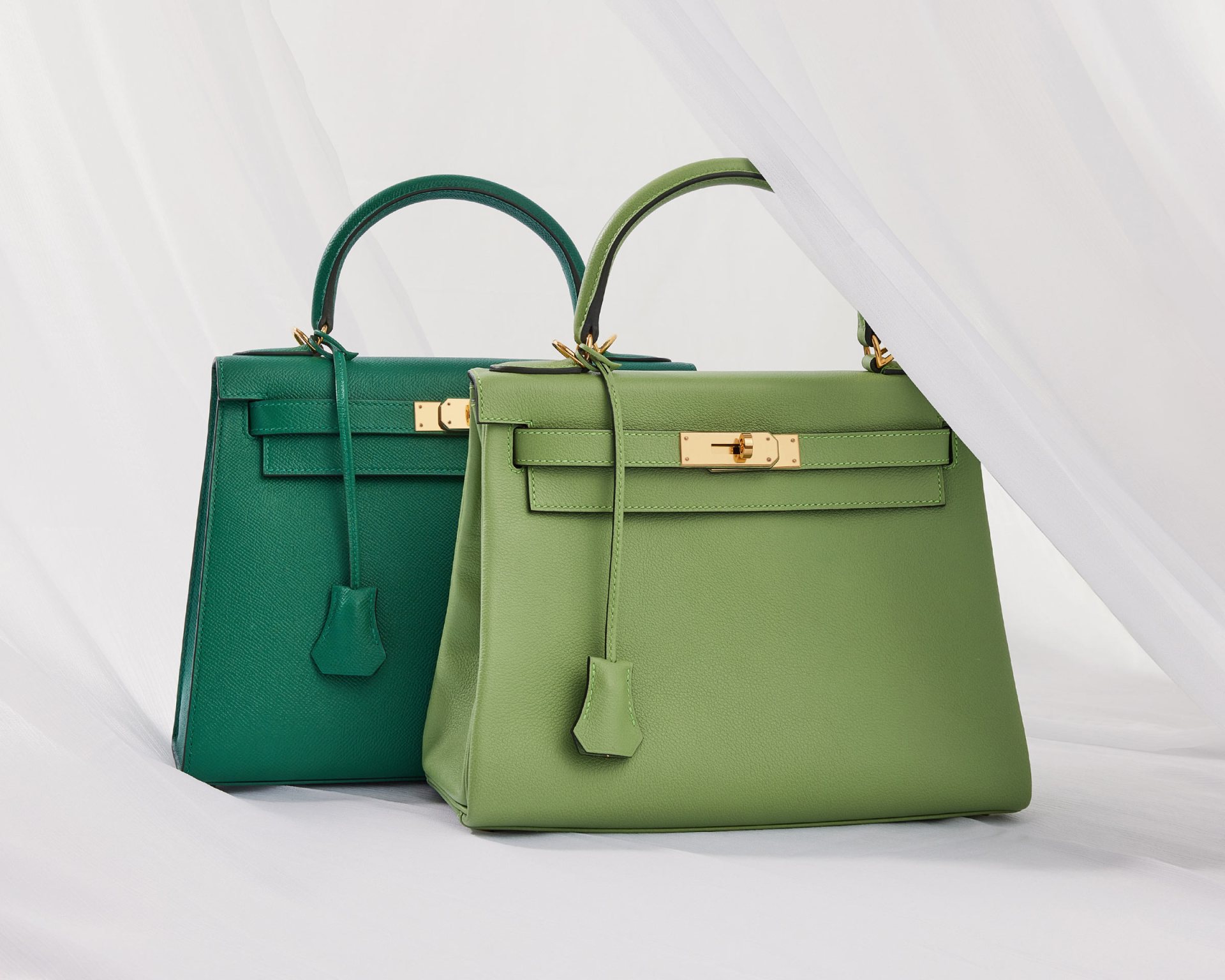 What’s not to love about a Hermes bag?

If you’re truly looking for an investment, a Birkin is the way to go. But as one would expect, the Kelly bag is the more versatile investment option. In fact, demand for the Kelly bag is increasing by the minute, almost beating the Birkin bag. Even then you’re left with so many options. Sizes, styles, colors, and textiles. Where do you even begin?

Shopping for anything Hermes can feel like a daunting task at times. But you’ve come to the right place. We’re taking a closer look at the two types of Kelly bags, one of the oldest and most iconic styles ever to be produced from Hermes.

The Birth & Evolution of the Kelly Bag

Hermes, founded by Thierry Hermes, began as a saddle workshop back in 1837. From there, his quality horseriding pieces became well known everywhere. He began to make leather bags to carry accessories for the riders and specialized bags to carry food for the horses. In came the pieces that we now know today as the Picotin and the Evelyne to name a few.

(Side note: you can score most of these investment pieces under $5k).

Also noteworthy, the Trim bag, and of course, the Kelly. The design of the Kelly bag borrows elements from Hermes’ firstborn the HAC, which is otherwise known as ‘Haut a courroies’ and designed to perfectly fit and carry a saddle!

Then in 1928, the Kelly evolved into a business bag, perfect for carrying important paperwork, and particularly loved by businessmen, politicians, and writers (think JFK and Winston Churchill). It was referred to as the “Sac a depeches” at the time – a temporary name given for this presumably popular work bag.

Then came the day that would truly make Hermes history. When Grace Kelly Princess of Monaco carried her Hermes bag to shield herself from the paparazzi, everything changed. It was during the time she was filming Hitchcock’s ‘To Catch A  Thief’ and this bag, the Sac a depeches, was a gift to her that she truly cherished. As soon as that moment was photographed and published in magazines, the bag quickly gained traction around the world and officially became known as the Kelly bag. Today, the Kelly bag is one of the world’s most iconic bags you can buy.

The Kelly comes in the following sizes from biggest to smallest: 35, 32, 28 (the most popular size), 25, and 20 (also known as the mini, and right now this is the trendiest). These numbers refer to the base measurement of the bag in centimeters.

Aside from the Kelly bag, there is an assortment of other styles that fall under the Kelly family – for instance, the Kelly Wallet, the Kelly Double Tour Bracelet, the Kelly Twilly Bag Charm, the Kelly Danse, and more – all distinguished by their iconic turn-lock.

When browsing through our collection of Kelly bags at FASHIONPHILE, you may notice that some have distinctions that set them apart from other Kelly bags. You’ll likely find HSS Kelly bags as you’re scrolling through. But most often than not, you may notice many Kelly bags are differentiated by either Sellier or Retourne. These terms refer to the construction of the Kelly bag. Everything else remains the same as far as features go: both have a top handle, both come with a detachable shoulder strap, both have the iconic Kelly turn-lock, and both take hours to make by a single craftsman using some of the finest materials in the world. Read on to learn what Sellier and Retourne mean, and determine which one is right for you!

Sellier translates to “Saddler” in French and the Kelly Sellier was the original, meaning it’s the same bag as the one Grace Kelly carried. The Kelly Sellier shares a lot of similarities to a briefcase – its body is super structured, and you’ll notice visible stitching on the outer edges. Due to its sturdier construction, you’ll also find that this style is often made of stronger leathers, such as Box or Epsom, in order to keep the bag in its desired shape over time. Because there are many external features that come into play, the Kelly Sellier is often more expensive than the Kelly Retourne. But that is only because of the required attention to detail; it doesn’t make the Kelly Retourne any less of an investment.

Kelly Sellier bags come in all sizes, and you’ll even see Birkin Sellier styles. The Kelly 20 is a very popular bag and due to its size, this style only comes in Sellier.

Retourne means “reversed” in French, which speaks to the method in which this style is uniquely constructed. For Kelly Retourne bags, the craftsman will start the bag off as a Sellier, but then will turn the bag inside out, giving the bag its unique features such as piping along the edges instead of visible stitching. The body of Kelly Retourne bags are also much softer, or “Souple” as some individuals may say. Chevre, Togo, and Taurillon Clemence are often used to construct these more casual and slouchier bags.

Plus side: you can fit more inside a Retourne than you would inside a Sellier because the corners give a little more.

Just like the Sellier, the Kelly Retourne styles come in all shapes and sizes; however, you won’t find a Kelly 20 in Retourne. But you can find tons of rare and limited edition pieces in Kelly Retourne, like this Matte Niloticus Crocodile Himalaya Kelly Retourne 28 White – it’s truly a collector’s piece!

If you find yourself undecided, just remember any Kelly bag is iconic and truly makes a great investment. If you’re unsure, reach out to one of our Personal Shoppers. They have hands-on access to all the bags on our site, and can answer any additional questions you may have! Shop all Hermes at FASHIONPHILE.

The Story of Donatella Versace & The House’s Most Iconic Pieces

[vc_row][vc_column][vc_column_text] Holy horology.  The Holy Trinity of watches, also known as ‘The Big Three’, are comprised of three ultra-high-end watch names all produced in the heart of high-end horology. That is Switzerland, of course. And those names are? Audemars Piguet, Patek Philippe, and Vacheron Constantin. Together, these famous watch brands make up the watch Holy…