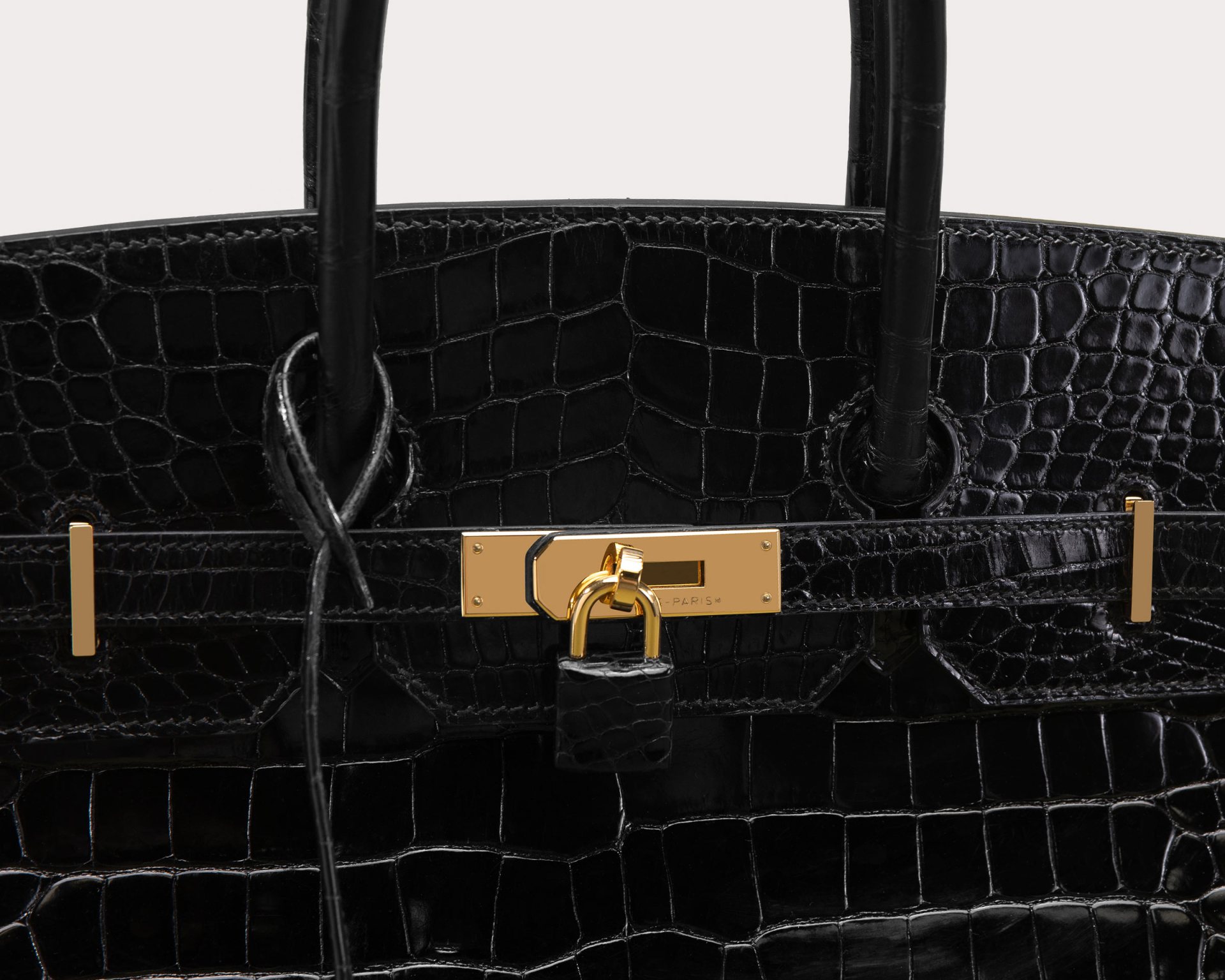 Melrose Max
A lover of iced Vanilla lattes, Dior sunglasses and the streets of West Hollywood.

On the streets of New York to the causeways of Hong Kong, we can see that Hermes for men is CLEARLY trending, especially when it comes to the ever-coveted, ultra-glam, holy grail Birkin bag.

The Birth of The Birkin Bag

Named for social swan Jane Birkin, who, fatefully, in 1984 was seated on a flight next to Hermes chief executive Jean-Louis Dumas. Birkin had little but a straw bag for traveling and, as legend has it, when she attempted to stow her belongings away in the overhead compartment, the contents of her bag came tumbling to the plane floor. Afterward, Birkin discussed with Dumas her difficulty in finding the perfect weekend leather bag and, thus, the Birkin bag was born.

Birkin Bags Are For Boys, Too…

Greeted with meteoric popularity, the Birkin created quite a splash upon release. Legendary not only for its rarity but also its premium price tag. Traditionally classified as a bag much more “suited” for women, in recent years, however, we have witnessed a distinct turn. From Rodeo Drive to Shibuya Crossing, the boldest and the brightest (and not to mention chicest) of hip hop moguls, athletes, and the digital fashion bloggerati have FULLY embraced “the Birky” into their own lux yet smart #ootd looks. Even Drake loves a Birkin bag. And, honestly, how could he not?

Look no further than the Instagram @birkinclub4boys for proof. The account chronicles some of the most G-O-R-G-E-O-U-S Hermes specimens from fantastic collections for men around the globe. We’re talking Birkin, Kelly, and Constance bags galore… Oh my!

There really is no equivalent sartorial statement in the menswear fashion grail equal to sporting a Birkin. It’s the mic drop of all fashion mic drops. Luckily, for you, it’s also within reach. We’ve broken down some of the 101s of Birkin selection and ownership for guys. Whether you are a first-time buyer or an avid collector, there’s a Birkin for everyone and for every gender at FASHIONPHILE.

And, honestly, we are totally happy that the Birkin for boys is officially a thing, by the way. We’ve been waiting a long time. So let’s get started!

Birkin bags typically come in a variety of all shapes and sizes, but likely the best sizes for guys are in the 35 (​​35 X 25 X 18cm) to the 40 (40cm X 30cm X 21cm) length range. However, the Birkin also comes in a variety of smaller sizes and larger sizes, additionally. Mini bags, of course, are constantly trending in our book. There are also traveling bags in the 50 and 55 cm length range, for those long weekend getaways. It really depends on personal preference here and what you are going to use the bag for. Of course, there really are no wrong choices. Each Birkin bag is meticulously crafted and specially made, hand-sewn, buffed, painted, and polished, taking several days to finish. Every Birkin is like a work of art so matter the size, it is going to be “100.”

If you are a guy going for your first Birkin, likely a black, brown, grey or navy is going to be a safe bet in terms of a wise investment decision. Pick earth-toned hues like Sesame, Terre, or Bleu Saphhire for elegance. Etain, a sumptuous matte grey, is also an incredibly popular choice. These more neutral colors are the perfect fusion of form and function, easy to match with a variety of ensembles for myriad occasions. What’s more, they are perfect for on-the-go as well (i.e. you can fit your laptop, sweater, and basically everything you need either for a 14-hour flight or a 4 hour trip to the pool).

In terms of textiles and materials, the luxurious Togo calfskin leather is the classic choice, understated and refined. Epsom, a stamped leather, or Swift, a supple calfskin leather, are other great material selections for those dipping their toes in the Birkin pool for the first time.

Birkin bags also come with a variety of ultra-luxe accessories, such as perfectly tailored protective rain jackets, the iconic bell-shaped lock and keys in precious metals, clochettes (the protective lanyard for the keys, often looped over a handle), and more! These accessories are important to keep in-tact for resale value, so don’t lose them! Also, something like a Birkin rain jacket sported during a drizzly afternoon undoubtedly adds a certain “je ne sais quoi” to any outfit.

One warning: Birkin bags tend to be an object of awe and social fascination. Don’t be surprised the first time you are out getting coffee and you get flooded with compliments and gushing comments. You will turn heads!

If you are potentially in the market for your second bag, Birkin bags come in a dazzling assortment of skins, materials, and limited-edition designs for the enraptured or more advanced collector. For instance, the military-inspired Birkin Cargo is multi-pocketed and multi-practical. The Endless Road series depict the mountains, roads, and streets of the boundless California horizon. Taking inspiration from trompe l’oeil, the Shadow Birkin features the bag’s iconic design elements melded into the bag itself as leather debossing.

Of course, Birkin bags are known for coming in some of the most rarefied exotic skins in the world. Ostrich, crocodile, lizard – the list goes on.

Some of these museum-like fashion gems are truly jaw-dropping. One of particular note is the Himalaya Birkin, a rare, almost-mystical creature made of freshwater Niloticus crocodile skin and then expertly tanned in a way reminiscent of the ethereal whites and greys of the exquisite peaks of the Himalayas.

Buying a Birkin is not just a smart style choice, but it is also an increasingly valuable investment. In our Investor’s Guide to Hermes, we shared that the average resale prices for a Hermes Birkin bag increased around 32% from 2018 to 2021… that’s a lot of bang for your buck. Clearly, Birkins are skyrocketing in value, only further adding to the overall desirability factor of these much-cherished bags. In 2017, a Hermes white Himalaya crocodile diamond Birkin bag was sold at Christie’s for a whopping $379,261. W-O-W!

When you buy a Birkin, you aren’t just buying a fashion gem for your wardrobe, you are also buying an asset with a fantastic monetary promise.

All in all, a Birkin bag is the ultimate ace in the style deck of cards. More and more, we see style-savvy guys donning these highly-coveted bags. Nothing increases your style IQ quite like a Birkin – we just can’t gush enough. It’s a flawless choice.

We’ve gone through the basics and talked about the more advanced corners of Birkinology. So, what are you waiting for? It’s the perfect time to nab a Birkin on FASHIONPHILE. Shop now and share your pics with us on social using #BirkinsforBoys. And don’t forget to tag us!

4 Reasons For An Engagement Watch

[vc_row][vc_column][vc_column_text] Are engagement watches a thing?  You bet! It’s not only a marriage proposal trend that immediately captured our attention - it’s a modern movement. The term ‘engagement’ essentially means commitment, and in today’s world often implies marriage. As timeless as the tradition of marriage is, watches too are enduring classics. The rise of engagement…

[vc_row][vc_column][vc_column_text]To no surprise, demand for Louis Vuitton is escalating more and more. In fact, this year (so far) demand has gone up 15% with coated canvas items making up 77% of our total Louis Vuitton sales. People love the signature textile for being instantly recognizable and for its longevity; but most importantly, these pieces hold…