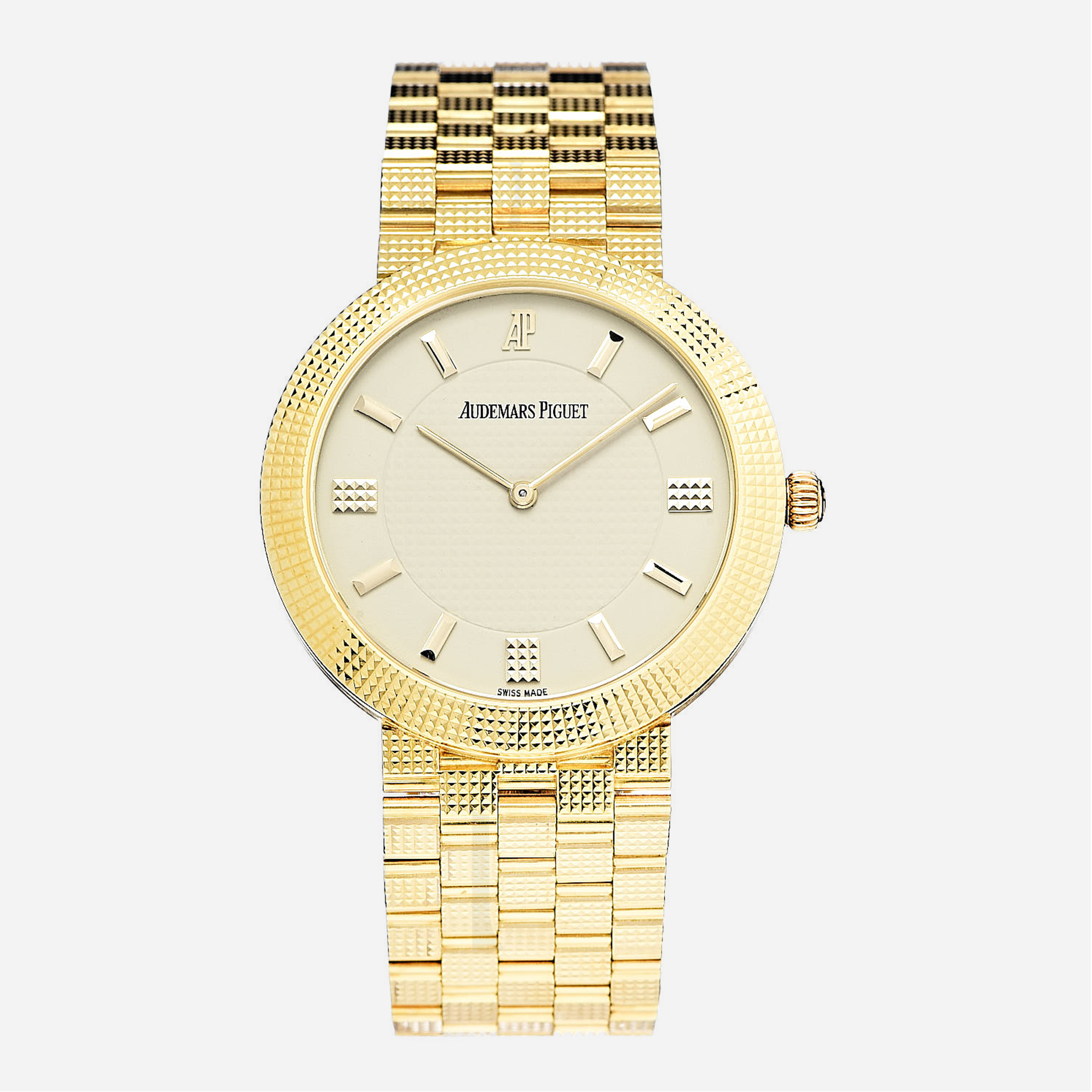 A cornerstone of the “Holy Trinity” of Swiss watchmakers, Audemars Piguet is rivaled by a rare few (specifically, Patek Philippe and Vacheron Constantin) as one of the original and truly enduring luxury watch brands.

With a centuries-old heritage rooted in the art of clockmaking (and it’s eventual evolution into royal pocket watches), the science and craftsmanship behind these timepieces was once reserved only for royalty, and to this day, requires an extensive apprenticeship to learn. In this case, the beauty — and the value — truly is in the details.

Thanks to brands like Audemars Piguet, such chivalry still exists, celebrated today in the form of advanced technical capabilities and exquisitely hand-finished movements.

What makes the “Holy Trinity” or “Three Kings” so special?

Aside from sheer historical relevance and longevity (Vacheron Constantin was founded in 1755, Patek Philippe in 1839, and Audemars Piguet in 1875), each of these heritage brands have risen and remained at the top of a highly competitive market for a simple reason: they consistently craft breathtaking pieces that offer technical capabilities beyond what most ‘watches’ could dream of.

While competitors have at times dabbled in lower markets and, frankly, compromised their techniques in the process, brands like Audemars Piguet have never wavered in integrity or their commitment to excellence.

Each piece is hand-crafted by a single horologist — the final product is birthed by and nurtured by their own passion, ingenuity, and technical prowess. Hours of refinement and careful attention are the only way to create such elegance. 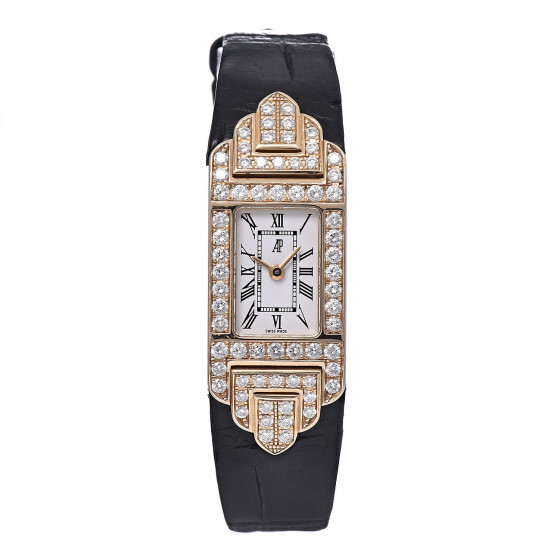 For those newer to the watch world, a clear distinction lies in hand-finished movements produced out of traditional (apprentice-style) finishing methods.

Movements: In horology, a movement or “caliber” is the mechanism of a watch or timepiece that allows all of its various functions to operate — it’s the mechanism that moves the hands and enables “complications” (see below).

Finishing methods: The actual construction and refinement of the mechanisms of a timepiece are the finishing methods. While many of these methods have been replicated or imitated by machines today, hand-finishing offers exquisite craftsmanship, a level of detail, skill, and refinement not possible through industrial methods.

Complications: This refers to any function that’s beyond the normal time-telling function of a watch. This could include time zones, calendar settings, and chronographs (stopwatch features). Some watches, like those crafted by Audemars Piguet, feature “grands complications”, and stop at nothing short of revealing the exact position of the stars.

Audemars Piguet was originally founded by Jules Louis Audemars and Edward Auguste Piguet in Vallée de Joux in 1875, later merging the name to Audemars Piguet & Cie in 1881. Audemars Piguet’s first true differentiator was in the creation of the world’s first repeater wristwatch in 1892. (A repeater, for those of us still receiving our education in luxury goods, is a chiming mechanism with the resonance of a clock — usually on the hour, quarter-hour, or even specified minute.) More recently, the Royal Oak, which made its debut in 1971, became an icon as the first stainless steel watch within the luxury market.

Despite its stature, Audemars Piguet is, to this day, a family-owned brand. Their traditions and skills are passed on to horologists in order to sustain the value and prestige of the brand itself.

Audemars Piguet still prides itself on a tradition of watches made by human beings, not machines, on a culture of excellence, and deep respect for visionary pieces rooted in heritage practices.

In addition to profound precision, with exact timekeeping to within one-fifth of a second, Audemars Piguet is famous for several complications:

A mechanical memory that maps time cycles, accounting automatically for months with 30 or 31 days over the course of years. No adjustments needed until at least the year 2100.

Charting clearly indicates the exact position of the stars, with precision.

As with its famous repeater watches, the musical chords that resonate from minute mechanical details are simply artful and inarguably distinctive.

One hundred elaborate components working in synchrony with a total weight of less than 1 gram compensate for subtle effects of gravitational pull which can compromise accuracy.

Intrigued? Explore our inventory of Audemars Piguet pieces for pieces worth of familial legacy.

The Rising Cost of Luxury & How to Capitalize On It

"The Rising Cost of Luxury & How to Capitalize On It" There have been a lot of unfortunate side effects of COVID. So many that it’s really impossible to wrap into a sentence or two. (I’ll spare you a feeble attempt at what mainstream media outlets are already thoroughly achieving.)   We’re here to talk…

Spa Day: How to Keep Your Luxury Goods Ultra-Luxe

"Spa Day: How to Keep Your Luxury Goods Ultra-Luxe" Whether it’s a facial, a manicure, or a fancy car detail, it’s important to infuse a little extra love into the things that we’ve invested in and in many cases, truly can’t replace.   At FASHIONPHILE, we’re firm believers in the idea that caring for luxury…