The True Value of an Hermès Scarf 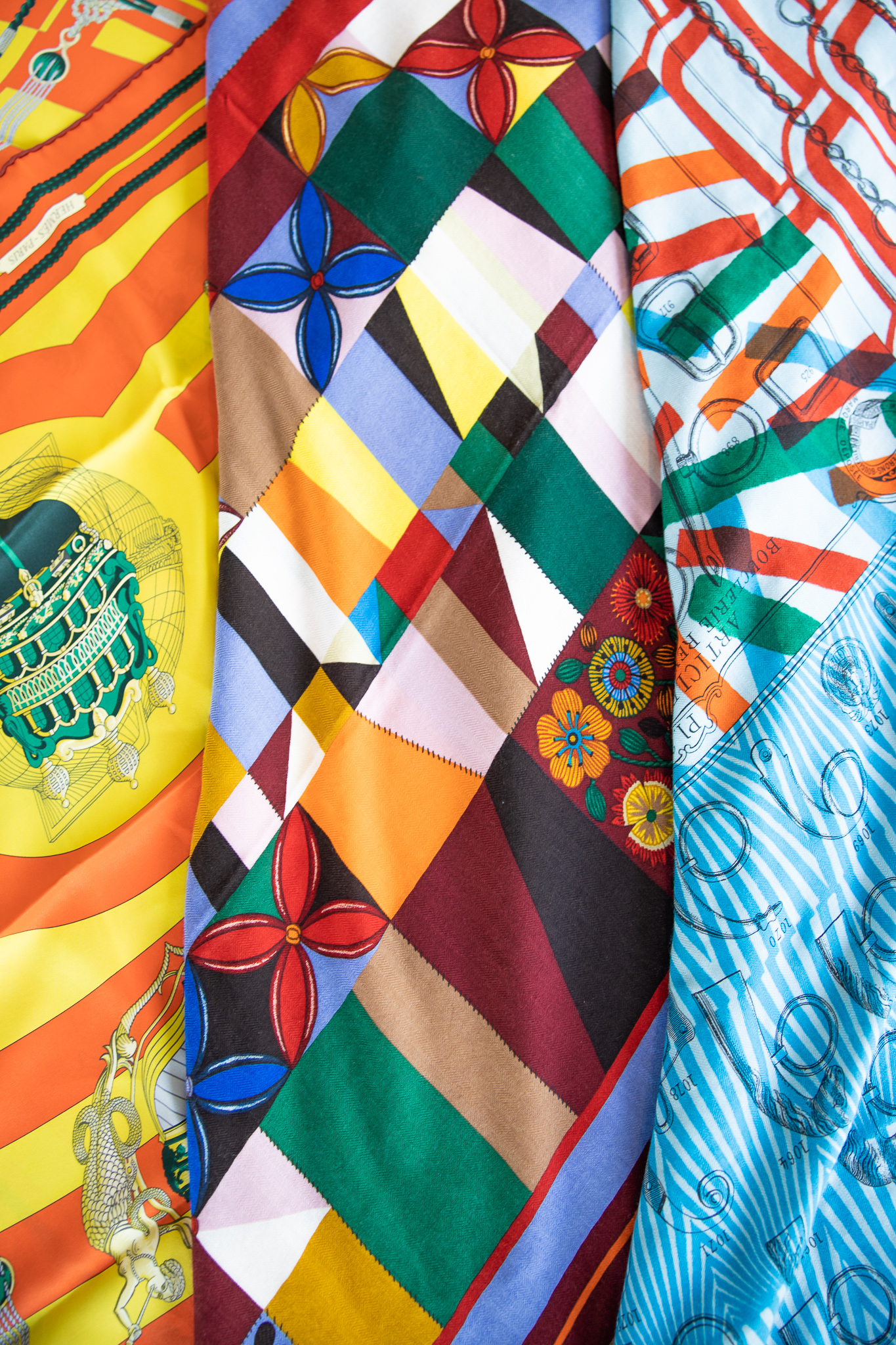 “The True Value of an Hermès Scarf”

An enduring classic designed to last a lifetime, you can never go wrong with a beautiful Hermès scarf. Choose from designs for men or women, maxi-twillys, bandanas, stoles or shawls…a multitude of fabulous styles.

The French luxury house was founded in 1837; their first scarves debuted exactly a century later. Aside from their beauty, Hermès scarves have remained in high demand all these years because they’re true works of art and craftsmanship.

It takes 18 months to create a single scarf. They’re hand-designed, screen-printed (one by one) and silk-screened by hand. The production process for anyone single scarf can take up to half a year since the average Hermès scarf contains an average of 27 colors. Approximately 750 hours are required to engrave the printing screens, and one printing screen is needed for each individual color. What’s more, prior to developing screens, new colors and color combinations must be tested for the effect of their end result- including the way specific colors and color combinations look on various fabric compositions for their scarves. This means the more colors you see in any individual scarf, the greater its value. Finally, Hermès scarves have hand-rolled, hand-stitched hems and a single scarf requires 250 mulberry moth cocoons for silk.

The scarves are usually designed by freelance artists who collaborate regularly with the brand. They often sign them and give them titles like any work you’d find in a gallery (no wonder some people frame and mount their scarves!). The designs can vary widely – equestrian, military, nautical, stories, symbols and wildlife… but the style of anyone artist is often recognizable. From time to time, Hermès employs the efforts of established contemporary artists to design editions of their own.

The attention to detail and effort put into an Hermès scarf remains unparalleled. Still, some designs are worth more than others. Limited-edition scarves often increase in value over time. What’s more, the most popular Hermès scarves are sometimes re-released several times, but some designs are only offered one time. These rare creations can increase in price significantly over time.

Out with the Old Handbags, in with the New

"Out with the Old Handbags, in with the New" Spring is just around the corner, and there is no better time to ditch the accessories that no longer bring you joy.   The Criteria Will you ever actually wear it again? Is there anyone you want to give the bag to later down the line…

[vc_row][vc_column][vc_column_text] "Valentine’s Day: A Wishlist" Every day should be the day of love! No matter who you need to shop for or how low-key or extravagant you plan to spend the day, let these gifts for glam, practical, professional, sporty and artistic recipients be your guide. You’ll find memorable options for everyone- whether a spouse…