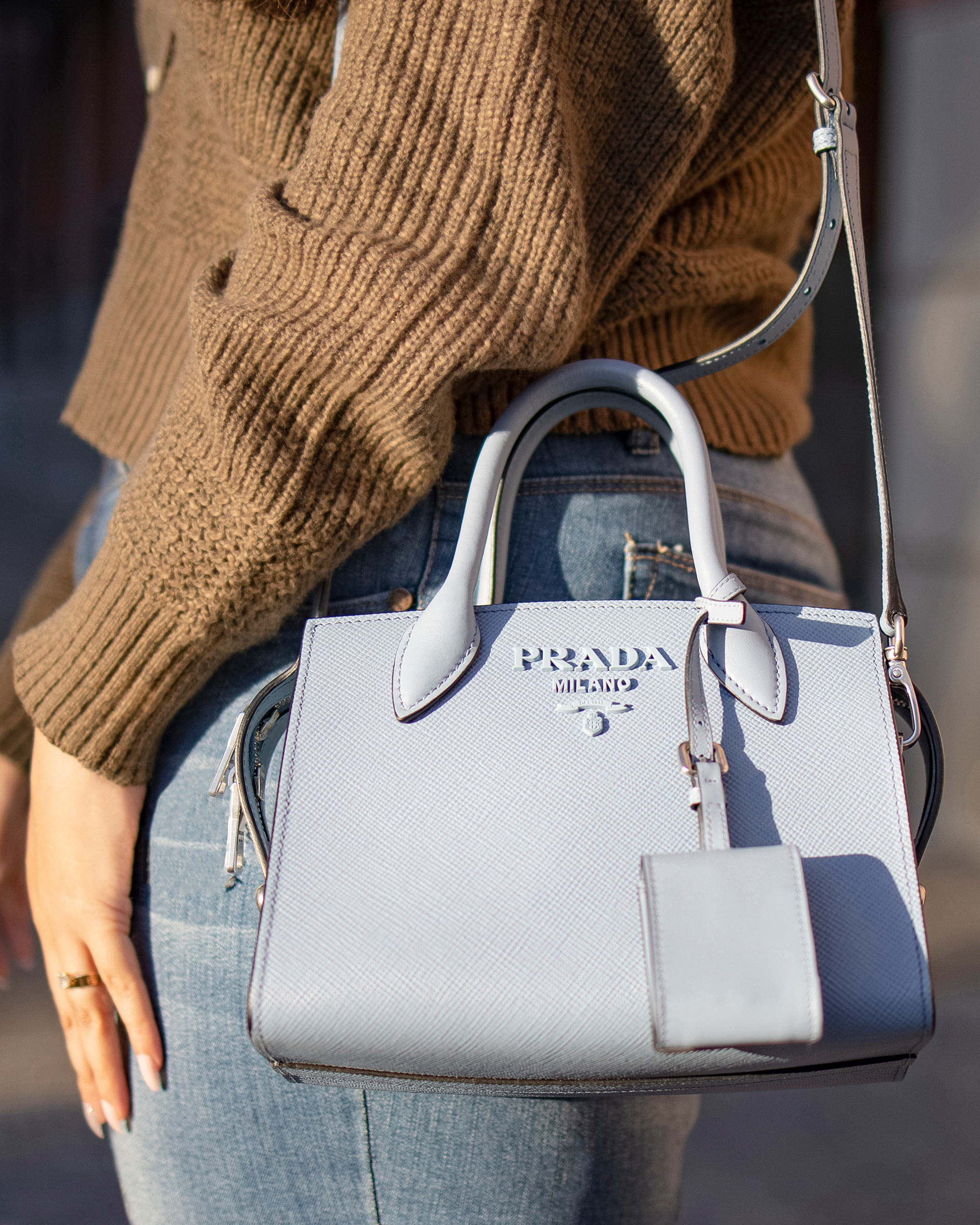 Over the years, the stories of women shattering the patriarchy and breaking glass ceilings are, no doubt, inspiring. Big names today like Sara Blakely, Anna Wintour, Natalie Massenet, Vera Wang, Pat McGrath, and our fabulous Founder and President Sarah Davis are just a few legends that come to mind.

Despite the varying professions of all these women, one thing holds true: they’re successfully paving the way for future generations. With Women’s History Month upon us, what better time than to dive deep into the herstory of one of our favorite designers: Miuccia Prada.

She’s an example of a visionary woman who, throughout her career, has embraced challenges and pushed boundaries. She has ultimately proved to both her immediate family, as well as to the world that women hold an exceptionally important place at the table, too.

I’m not going to get too invested in her childhood and early career – that’s what Miuccia Prada’s Vogue biography is for. But one thing is worth noting: Miuccia Prada is one of the most successful fashion designers in the world right now. The best part, she’s rocking it at 72 years of age!

The Rise of Prada

Her success certainly wasn’t overnight. Prada was established back in 1913 by Mario Prada, Miuccia’s grandfather.

At first, the brand was growing rapidly but Mario Prada believed the industry was no place for a woman. When he passed away, the brand experienced some periods of instability. Once Miuccia Prada recovered the reins of the company after her mother Luisa’s direction, Prada got the boost it needed and quickly grew.

Miuccia sought to create an empire. Thanks to the acquisition of several smaller brands including her daughter company Miu Miu, a more playful and accessible line inspired by Miuccia’s personal style.

In addition to that, Prada introduced new handbag styles, a shoe line, and a ready-to-wear collection resulting in acquiring major wholesale accounts and boutique openings worldwide. Miuccia’s story reminds us of the importance of persevering and embracing change.

When the Prada nylon backpacks entered the scene in the late 1970s, that’s when the Italian house earned a place on the map. Today, Prada is still famously known for its nylon – referred to as Tessuto – and continues to incorporate the textile throughout their collections; it’s functional, durable, luxurious, and super easy to style. In 2019 Prada’s Re-Edition based on 2005-inspired styles (we’ll call them throwbacks, not vintage yet!) were met with enormous fanfare.

Prada is also famous for its Saffiano leather, which is a form of cross-hatched embossed leather with a glossy finish. This textile gives the bags a sturdy shape and makes them resistant to most scratches.

Let’s talk about Prada’s hardware. Aside from their iconic metal plate that features the brand’s logo, they also have a gold-tone and monochrome hardware as seen in their monochrome Saffiano collection. It’s the perfect touch of modernism, reminiscent of those chic Prada Marfa signs – thank you, Gossip Girl, for turning the signage into a sensation. What are some of your favorites from Prada?

Discover our growing collection of pre-loved handbags from Prada at FASHIONPHILE.com

Watch Out: Time Is Of The Essence

[vc_row][vc_column][vc_column_text] For us Fashionphiles, there is no excuse to lose track of time - especially when you can have a luxe timepiece resting on your wrist.   Time is the common denominator here. But how we tell time, will always be an individual preference. When it comes to deciding on your next luxury watch investment,…